Professor Bathsheba Demuth, a cutting-edge environmental historian whose first book won numerous national awards, will be the keynote speaker at this October’s Alaska Historical Society’s annual conference, which is co-sponsored by the Cook Inlet Historical Society. 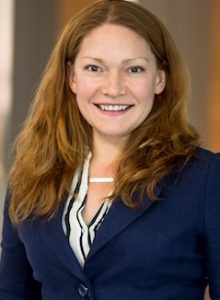 Demuth will speak on the topic, “History from a Dogsled: The Yukon and the Stakes of Telling the Past,” at the Anchorage Museum at 7 p.m. on October 6, 2022. This talk looks at the intertwined, co-dependent lives of people, dogs and salmon along the 19th century Yukon River for examples of how to tell more capacious, polyvocal narratives—and the stakes of doing so for and about Alaska, a place where the politics of who speaks the past has bearing on present conflicts over land, meaning, and the possibilities of the future.

Her presentation will be followed by a book-signing for her book, Floating Coast: An Environmental History of the Bering Strait. Her talk also will be live-streamed by the museum. In addition to kicking off the AHS conference, Demuth’s presentation will be part of the Cook Inlet Historical Society’s regular lecture series at the museum.

Demuth is an associate professor of History and Environment and Society at Brown University where she specializes in the lands and seas of the Russian and North American Arctic. Her interest in the north began when she was 18 and moved to the village of Old Crow in the Yukon Territory of Canada, where she spent several years mushing, hunting, fishing, and otherwise learning the ways of the taiga and tundra.

She holds bachelor’s and master’s degrees from Brown University, and master’s and doctorate degrees from the University of California, Berkeley. Her writing has appeared in publications from The American Historical Review to The New Yorker. Floating Coast was named a best book of 2019 by Nature, National Public Radio, Kirkus Reviews and Library Journal, among others.  A current Carnegie Foundation Fellow, she is working on a book about the environmental pasts of the Yukon River. When not in Alaska, she lives in Rhode Island.

This year’s multiple-day Alaska Historical Society conference (Oct. 7-8 and 13-15; virtual through the Crowdcast streaming application) will focus on the theme, “Conflicting Visions of Alaska History.” From the first European exploration of Alaska, the region’s history has been subject to widely diverse and often conflicting accounts, from Russian coercion of Alaska Native peoples in the sea otter trade to conflicts about oil development and Native land claims. Numerous presentations over portions of six days will focus on those issues. Other conference workshops will focus on Native American boarding schools, Alaska Native land claims and community-based history.

Conference registration is $50 and opens August 15.