January 31, 1956 - General John Noyes, head of the Alaska National Guard, died at Nome as a result of a plane crash.

One of the most important 20th century industries on the West Coast was the canning of Pacific salmon.  In its heyday the industry caught and canned enough salmon to feed four pounds of salmon a year to every man woman and child in America.  Lined up end to end, these one pound tins could have circled the globe.  As anthropologist Alan Boraas notes, “Canneries transformed this entire area and represent the industrial revolution of the North.” 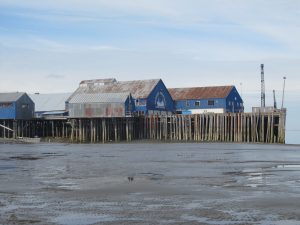 Canneries were (and still are) cultural hubs that reflect and, in part, spawned Alaska’s diverse population.  The Alaska Packers Association (APA) employed mostly immigrants from Europe to catch salmon. Skilled immigrants also built both the canneries and the boats. To process the salmon, canneries hired Asian crews that linked Alaska to the broader Pacific World.

Many Alaska Natives who worked at the cannery were descendants of Katmai.  Many migrated downriver to South Naknek after the Novarupta volcano destroyed their Savonoski village in 1912 and the Spanish Flu pandemic devastated inhabitants in 1919.  APA’s <NN> Cannery in South Naknek is historically significant because the structures, objects and the industrial landscape collectively tell the story of these varied, yet forgotten people.

Rusted corrugated tin, discarded machines parts, broken boardwalks, and skeletal remains of bunkhouses are the enduring reminders of the past that gives voice to the cannery workers people who are practically invisible to the historical record.    These were diverse people from different places who found dignity through their laborious interactions and forged a deep connection to the surrounding environment.  Their work mattered. 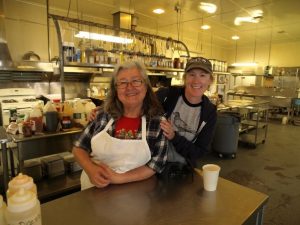 According to environmental historian Richard White, “We have obscured and are only slowly recovering [the historical framework] that labor … involves human beings with the world so thoroughly that they can never be disentangled.”  Therefore, instead of controlling or conquering South Naknek’s natural landscape, these workers were utterly immersed within it.

With the exception of two years during WWII, the South Naknek <NN> Cannery has operated for over 100 years. The cannery’s presence on the Naknek River spans a history from the days of salteries to sail boats, tall ships to aviation, steam power to globalization.  Collectively, the cannery buildings, boardwalks, machines, and other contributing properties convey a broad range of historical contexts: corporate, technological, cultural, economic, and environmental.

Of all the canneries built in Alaska, very few currently left standing possess the <NN> cannery’s integrity of location, design, setting, materials, workmanship, feeling and association, and meet all the criteria for historic evaluation. 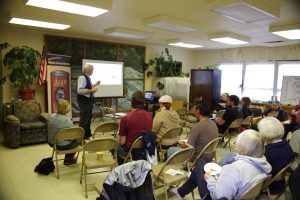 This summer, historians Katie Ringsmuth and Bob King received a grant from the Alaska Historic Canneries Initiative to conduct an initial preservation assessment of the Diamond NN cannery in Bristol Bay.  With grant funds, they traveled to South Naknek with John Wachtel, Historical Architect with the National Park Service, built a base of support on both sides of the Naknek River, and created materials to promote the next phase of the project called Canned.

Canned is a participatory history project that aims to document, preserve, and interpret the historical and architectural significance of an Alaskan salmon cannery and, perhaps most importantly, to convey to the public the unknown stories of the multitudes of people who canned salmon and created an ethnically diverse, economically vital, cannery culture.

In addition to the building assessment, local filmmakers and project collaborators, LaRece Egli and Sharon Thompson produced was a 7 minute film, documenting the historical work.

Using a 1968 cannery plat and building inventory, the aim of the survey was to determine:

Although the project remains a work in progress, the color coded chart produced by the National Park Service shows the structures and their corresponding Architectural and Historic Value, as well as the combined “Overall Value”.  The results allow the data to be visualized on a map and, perhaps more importantly, the map gives us a framework from which to start the evaluation process.

On November 19, 2016, Bob King, Katie Ringsmuth, Sharon Thompson and Anjuli Grantham, met with executives at Trident Seafoods to discuss the future of the NN Cannery at South Naknek.  After a positive meeting, we received the green light to move forward on the NN cannery history project that will take our effort into 2017, and beyond.  Trident assured us that they will follow-up with official permission by mid-January.

Canned will be a multi-project program that, if fully-funded and supported, will result in the following: 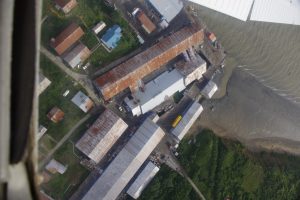