In the spring of 1962 when I was 11, my father, Elden Metzger, announced to the family that he would be going fishing with his brother, Wayland, for the salmon season at a place called Alitak.  Wayland had been a machinist with Alaska Packers Association and through that association and with his friend Don Slater they had acquired some set net sites in Alitak Bay on Kodiak Island.

My father was a small contractor who moved houses and did foundation work. Bills were many and incoming payments were slow. He was offered $1000.00 for a season’s work. I remember quiet discussions at home, visits to my uncles where they talked loud about the preparations for fishing and stories of great bears roaming the beaches. Mostly I remember my mother’s tears when we all said good bye to my father at the SEATAC airport and watched as he boarded the PNA Constellation for the 7 hour direct flight to Kodiak.

School was out and my mom, older sister Kathy, younger brother Russ and I headed to the berry fields for a summer of berry fights and sneak swimming in the irrigation ponds. It seemed like forever but a letter finally came to us from Alitak.  Dad said he missed us all and hoped we were all doing our share to help Mom out with chores and things. My sister was. Her berry card scored over $100. My brother and I were not so good. He told of great whales beaching, giant crabs, beach combing, bears, beach seining, picking fish and meeting a man called T.T.

To this day I am not sure how it all transpired, but somehow my father and T.T. Fuller made an agreement for the sale of Fuller`s mom and pop cannery operation and set net sites in Kempff Bay next to the Pacific American Fisheries cannery in Lazy Bay. My father used $850.00 of his $1000 season’s pay as down payment and somehow (considering he had been fishing for APA)  secured financing for the balance through, Winn Brindle the young superintendant of the Moser Bay Columbia Ward Fisheries (CWF) cannery, who had a joint packing agreement with PAF and the Alitak cannery. 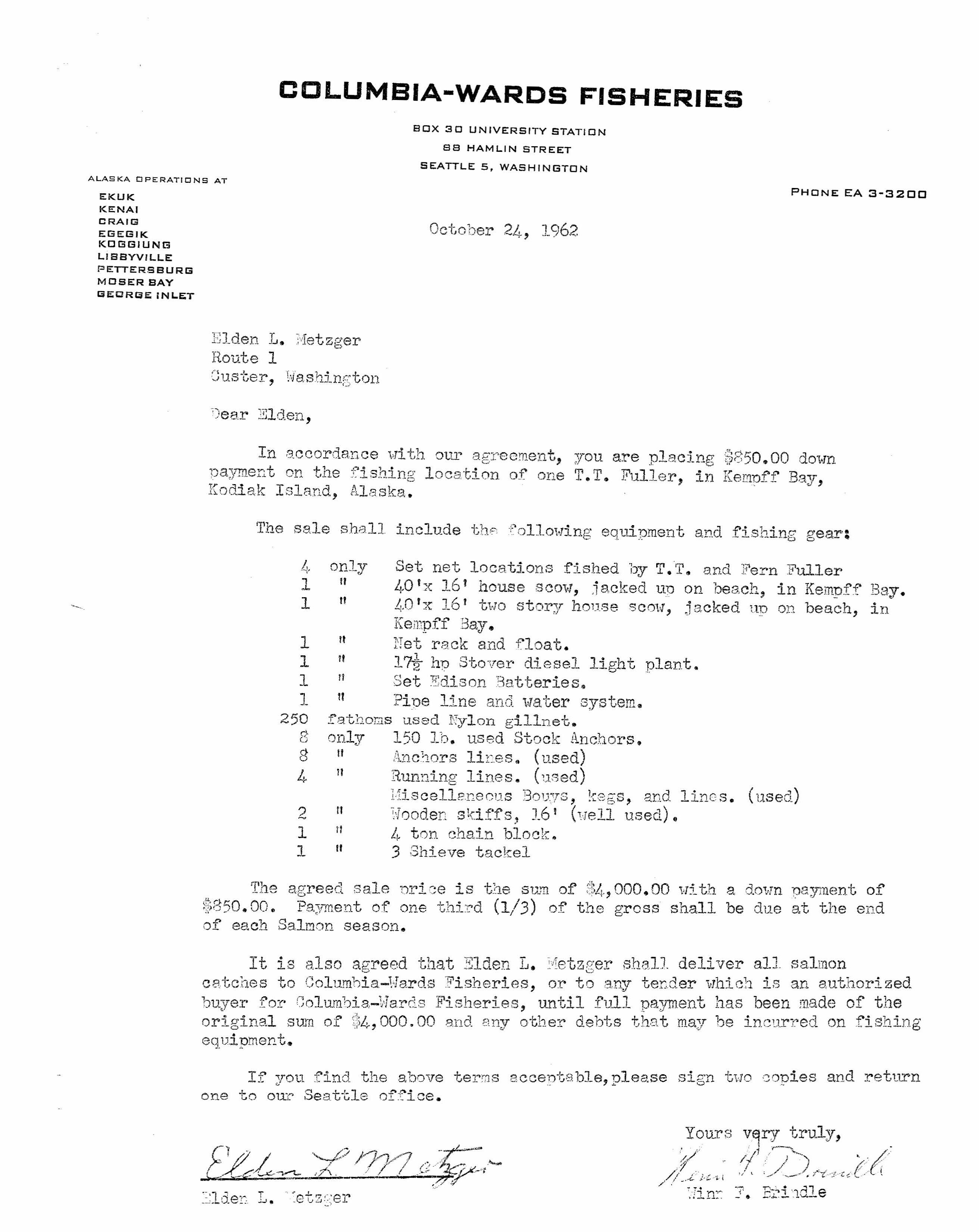 My father made it home with $150 of his summer’s earnings and tales of excitement and adventure that would keep a 12 year old awake at night knowing that the next summer would not be spent in a berry patch. In the spring of 1963 we kids were let out of school early to leave for Alitak. There was no sadness in the family for this departure, but my mother wrote in her journal of her reservations of the trip and our new life. 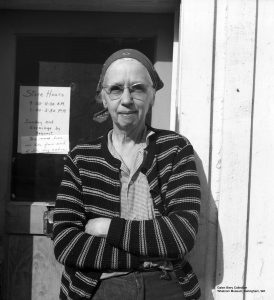 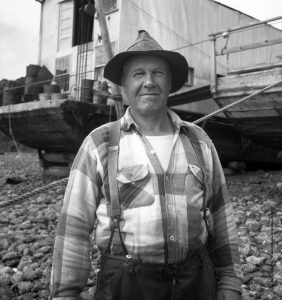 T.T. (Ted) Fuller at his crab cannery in Kempff Bay, 1962. In addition to operating their own small crab cannery and set net sites, the Fullers worked as winter watchman for the PAF Alitak Cannery.

We arrived at Kodiak on a cold, gray day. The most memorable part of my first flight to Kodiak on the PNA ” Connie” was watching the oil streak down the engine cowl and drip off into space, and my father and friend wondering if it held enough oil to make it to Kodiak. It did.

We were met at Kodiak by T.T. Fuller and taken to his 2-story water front apartment building where  we were fed a spaghetti dinner by his wife, Fern, and then down to Kodiak Airways where there was a Grumman Goose waiting to fly us to Kempff Bay.  It was a long night and day, but we arrived full of excitement and energy for adventure. Little did I know that this day would be the first day of a 54 season career of fishing and working for the Alitak cannery and that I would someday be a part of over half of the history of the Alitak Cannery.

The summer of 1963 was one of fun and adventure for us boys.  Dad was fishing for the C.W.F. Moser Bay cannery under joint agreement with P.A.F., and a highlight of the summer was riding on the tender Ermine from Kempff Bay to Moser Bay, when we got to take turns steering. Our parents were going to meet us there after visiting with some other set netters on the way. Their visit lasted longer than it took us to get there. We were left alone aboard the Ermine to wait for our parents while the crew went about their business.  In our boredom we decided to climb the mast which led to my first encounter with Winn F. Brindle. He spotted us from his office window and with a loud bellow stomped down the dock asked whose kids we were and told us to get off the boat and sit on the dock’s bull rail until our parents arrived. We did as he said and for the rest of the summer tried to stay out of his sight. 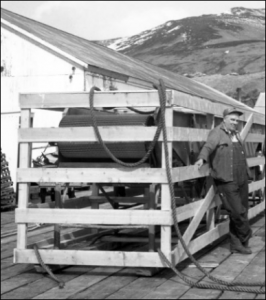 My first visit to the Alitak cannery was less eventful but little did I know that Brindle would soon be the master of that location, also. It was here we met Rod, the jovial storekeeper who always had some smashed candy he said he couldn’t sell, and a bellowing giant of a beach boss, Eric Johanson, whose look would cower a 12 year old lad but who in truth was a gentle soul and a very kind man.

It was here at Alitak that I was introduced to the long, long tradition of mug up at the Alitak cannery. At 10 am, 3 pm and again at 8 pm long tables were set with coffee, hot chocolate, cookies, pastries and cold cuts for the cannery crew and after their break the tables were left full for the fishermen. It was here that a shy 12 year old could sit in a corner munching a cookie with hot chocolate and overhear stories of who was who and how it was back when. I listened to the stories. I remembered some, verified some and forgot some.  My heroes were the highliners of the day and my dreams were to be as they. As the years and seasons progressed the old timers faded away and I found myself being the one telling the stories at mug up and being asked how it was back then and who was who at Alitak. 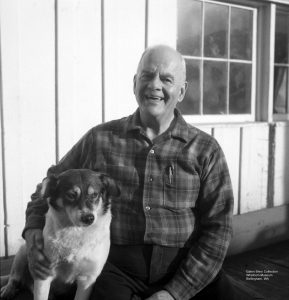 About  this time Woody Kneble showed up at Alitak and started poking around into the history of the place and asking questions about when, where and who, we quickly realized that there were not too many people left that could carry on the stories of Alitak.  We started taking notes and gathering tidbits of information and gathered related artifacts for a small display at the cannery. One thing led to another and we decided it needed to be written down.

We received a grant from the Alaska Historical Society to help with the research and acquisition of information. We have now twice missed the deadlines for submission of our work and the patience of the Society and our expectant readers is wearing thin.

The physical history of the Alitak cannery is easy to document from archives, news clippings, memories and old photos that can be scanned and easily assembled and published.  Our work has led us into an amazing abyss of people, events and crossed paths that helped set the stage for the Alitak cannery. It has been our endeavor to try and work in enough of the peripheral  history to excite interest and imagination without taking away from the cannery story itself. 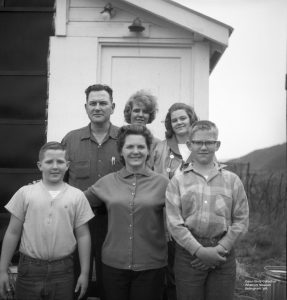 Wayne Axelson was the PAF Alitak superintendant in 1963, with his family.

From the earliest know inhabitants of Alitak, to the Russian fur traders, the sealers and otter poachers, the whalers, the gold seekers, military operation, the accomplishments of the men whose namesakes mark the prominate geography, shipwrecks, competition between the canneries and fisherman, inventors, eccentrics and many more, all had a hand in the history of the Alitak cannery . Sorting through all of the information and deciding what to use has become an enormous task for an illiterate like me. 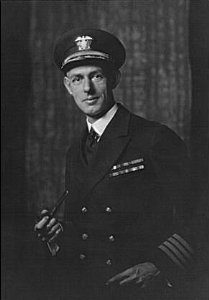 Vice Admiral Clarence S. Kempff was a young ensign when he visited Kempff Bay with Capt. Jefferson Moser in 1900

Kindly bear with us as we continue the work to finish this project. 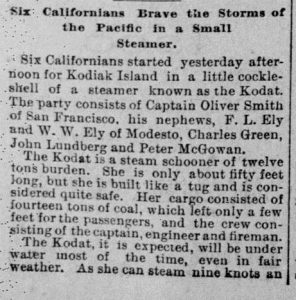 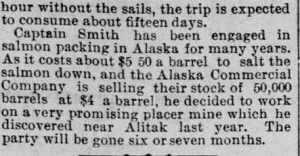 This article has been automatically clipped from the San Francisco Call, organised into a single column, then optimised for display on your computer screen. As a result, it may not look exactly as it did on the original page. The article can be seen in its original form in the page view.

If anyone has any pictures or stories of events or characters from the Alitak area, please contact Rick Metzger at  alitakrat@aol.com.