The Alaska Historical Society wishes everyone a Happy Thanksgiving! As we celebrate this year, please enjoy the following note about William H. Seward’s thoughts on Thanksgiving, written by Billye J. Chabot, director of the Seward House Museum in Auburn, New York:

While people have celebrated the harvest for thousands of years, the national practice of Thanksgiving is relatively recent. Each state governor had the authority to proclaim a Thanksgiving Day.  However in 1863, secretary of state Seward suggested to President Lincoln that Thanksgiving become a national holiday. 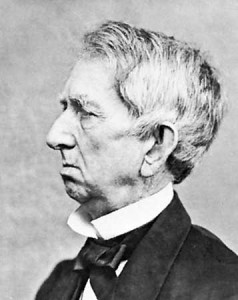 Here’s how the conversation between Lincoln and Secretary Seward unfolded as written by in the Autobiography of William Seward:

One morning in early October, Seward entered the President’s room, finding him alone, and busily engaged with a huge pile of papers. “They say Mr. President, that we are stealing away the rights of the States. So I have come today to advise you, that there is another State right I think we ought to steal.” Mr. Lincoln looked up from his papers with a quizzical expression. “Well, Governor, what do you want to steal now?”

“The right to name Thanksgiving Day! We ought to have one national holiday, all over the country, instead of letting the Governors of States name half a dozen different days.”

The President entered heartedly into the suggestion, remarking that he believed the usage had its origin in custom, and not in constitutional law; so that a President “had as good a right to thank God as a Governor.” In fact, proclamations had already been issued by the executive, after great victories, though the annual festival had hitherto been designated by the Governors.

Seward drew from his portfolio the outline of such a proclamation, which they read over together, and perfected. It was duly promulgated, and since that time, the President of the United States has always fixed the date of the national holiday.