Date Posted: August 16, 2013       Categories: 49 History
By Pennelope Goforth
The history of Alaska is the history of the Alaska Commercial Company. Both entered the Great Land in 1867. Both are still here today. 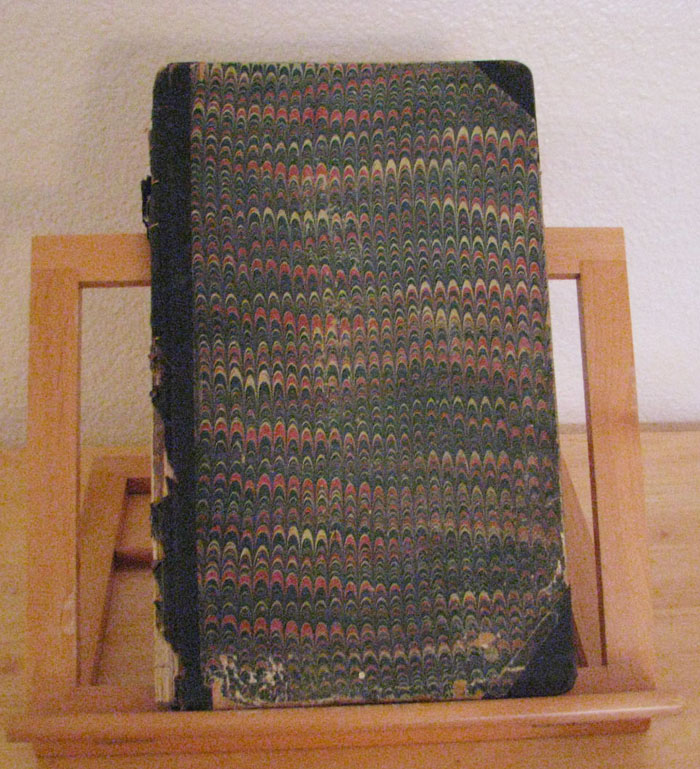 In a dim musty basement of a home in the foothills of Washington’s Cascade Mountains, I came across a cache of six ledger books detailing the everyday business of the company in the far-flung Aleutian Islands. They proved to be a treasure trove of economic, ethnographic, and historic information about the early years of the American presence.
From the accounts of fur sales and store purchases, vessel movements, sales records, and types of merchandise emerges a historical record of America’s Last Frontier rich with names, numbers, and dates. An historian’s delight. Especially since these ledgers comprise one of the few written records of events taking place in the Aleutians from 1867 through the 1890s. The company was more than a fur buyer; in the absence of civil government, the company built schools, made and repaired docks and warehouses, administered justice, and kept the peace all while running the village stores. In the ledger entries and copies of letters notes on arrivals and departures, marriages and births and hunting parties the transition of the indigenous Aleut culture from Russian influence to American can be reconstructed. 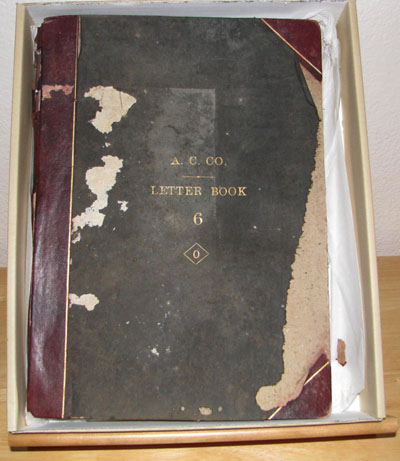 These six ledgers are the only known existing records, along with a few more in a collection at the University of Alaska, to have survived the era. With a grant from the Alaska Humanities Forum, the Alaska Commercial Company, and the Aleutian Pribilof Islands Community Development Association, the material in these ledgers was digitized and transcribed. It is now available to scholars, researchers, students and genealogists through school libraries and universities in Alaska.
But that was only a preview of things to come. While researching the provenance of these ledgers I met current Alaska Commercial Company CEO Rex Wilhelm who was most generous with his time and knowledge of the company’s history. At the time of our meeting, he had just received a shipment of five boxes of old company ledgers, sales books, and U.S. Customs documents kept at the historic port of St Michael’s in Northwestern Alaska. Together we went over the treasure trove of material, which hadn’t seen the light of day since they had been collected by a previous president of the company in the 1950s and 1960s. Ultimately, Mr. Wilhelm graciously donated the collection to the great joy and gratitude of the University of Alaska Fairbanks—and all historians who previously had not had access to this rich source of primary documentation. The transfer ceremony was attended by the lieutenant governor, the dean of the university library, and many members of the Alaska Historical Society and the Alaska Historical Commission. The event was covered on the nightly news, in the state’s newspapers and across the Alaska Public Radio Network. Now these documents as well are available for researchers, scholars, genealogists, and historians.
Mr. Wilhelm and I think there is more treasure awaiting discovery in dusty attic trunks and musty basement boxes, saved as keepsakes or curiosities by an earlier generation. And we are actively seeking these log books, ledgers, photographs, and other ACC materials. With 27 known trading stations employing nearly 50 store keeps and fur buyers at their peak in 1889, the company dutifully churned out hundreds of detailed reports annually. Cash sales ledgers, fur purchase books, weather and event logs, ship arrivals and departures, copy letter books, district accounts, and even official U.S. Customs books kept by ACC agents are just a few of the many documents company employees were required to maintain. Certainly the bulk of these records were sent quarterly by sailing and later steamship, to the ACC headquarters located at 330 Sansome Street in San Francisco, California. There they were reviewed by managers and the board of directors of the far-flung business enterprise then stored in one of the many archives the company maintained in their building. Disaster struck in 1906. Earthquake and fire annihilated nearly 40 years of meticulously managed company records along priceless museum artifacts collected in Alaska. The firestorm reduced a great portion of Alaska’s history to ashes as well.
The good news is that of this huge output of documentation many pieces remained in Alaska through intention or accident. And many more through neglect or theft. Large caches of business records were kept in the district headquarters at Kodiak, St Michael, Prince William Sound, and Unalaska. They survived two world wars, the dissolution of the company and its subsequent reincarnation as the Northern Commercial Company. A significant portion of the Kodiak records have been preserved. Some of the St Michael documents have been recovered. Many of the Nuchek station accounts have been collected and preserved. Most of the Unalaska papers have been dispersed by WWII occupation, fires, and neglect. An unknown portion of these thousands of logs and ledgers and account books have been carried off by the curious over the years. Soldiers, tourists, scientists, and locals have found or filched them and kept them as mementos. Eventually they were consigned to a drawer or a box, forgotten as the generations passed.
It is to the descendants of these inquisitive people we now turn to for help in recovering these valuable pieces of Alaska history. As elders move from their homes to assisted living and WWII veterans pass their treasures on, it is likely that many people don’t even know what these documents are or represent. They are the accidental inheritors of history and we are looking to them to search their parents and grandparents legacies for Alaska Commercial Company material.
Mr. Wilhelm is personally contacting previous company employees in California and Washington states with an appeal to look out for old company documents and share them so they can be either repatriated or copied. My task is to spread the word among all Pacific Coast historical societies and groups to actively inform their memberships of this search and recovery mission. We are asking people to open those old trunks in the attic, check the back of the bottom drawers in the kitchen cabinets, paw through the stacks of mouldering cardboard boxes from Grandma’s basement. We are asking librarians and museum folks to be on the lookout when community members make estate donations and to look in that old file cabinet on the back wall with stuff from 20 years ago you’ve never quite gotten around to accessing. We are asking people in the villages where ACC had a presence to look around their communities for old record books in abandoned buildings, fish camps, and houses.
In short, we are asking everyone to join us in the treasure hunt! As Alaska approaches the sesquicentennial, the 150th year, of the purchase of the territory, and the Alaska Commercial Company looks forward to celebrating the same in 2017, this is an opportune moment to attempt to recover more of these invaluable historical records.
Find something? Contact me at 907.227.7837 or curiouscat [at] seacat.com.