The U.S. Entered the “Great War” 100 Years Ago: Denali and Other National Parks Recognize Connections to World War I 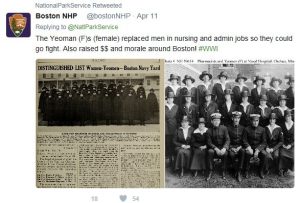 This month marks the 100th anniversary of the United States entering World War I, and National Park Service units throughout the country are observing the occasion by remembering their connections to the Great War.

Although it is one of the most remote parks in the country, Denali National Park and Preserve also has connections to the War. Denali, then known as Mount McKinley National Park, was established on February 26, 1917, about five weeks prior to America’s entry into the War. Nearly all the news headlines around that time were related to the War in Europe, which had been raging since 1914 (see Feb. 26, 1917 headlines from the Anchorage Daily Times and Fairbanks Daily News-Miner below). 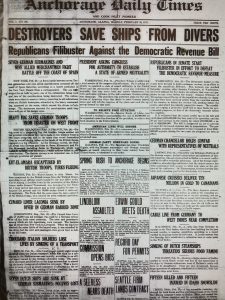 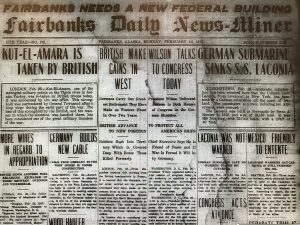 One area of Denali that was affected by the War was the Kantishna Hills. The region has a rich mining history, and the Kantishna Mining District, which in 1917 was located just outside the northwest boundary of the park, contained substantial antimony deposits. Antimony was used in the manufacture of ammunition and when wars occurred, the price of the mineral increased due to a rise in demand. Kantishna miners knew that high demand for antimony provided them an opportunity to make a profit. 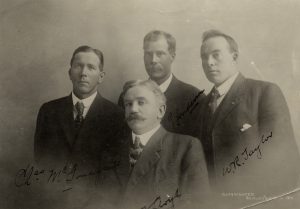 It was not just the presence of antimony that tied the Denali region to the War. Kantishna miners were also willing to help their country. The September 28, 1917 edition of the Fairbanks Daily News acknowledged the Kantishna men who registered for the War effort. 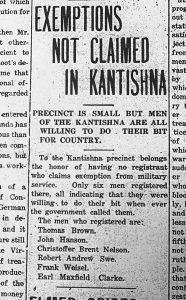 Denali National Park is one of many national park units with World War I connections. Although the War was largely focused around Europe, it is important to remember that areas across the world, including remote areas of Interior Alaska, felt the War’s impact.

For more information about how national parks were connected to the Great War, visit:  https://www.nps.gov/subjects/worldWari/index.htm