Wide Open on Top: Alaska and the Cold War

Shortly after the end of World War II, James Pitt wrote an unpublished book, “Wide Open on Top,” warning of Soviet bomber attacks over the Polar Region and the vulnerability of Alaska to air attacks.

At the time, America had developed the nuclear bomb and the means to deliver it. The Soviet Union lacked both. The Soviets, however, quickly moved to catch up by exploiting American technology through espionage and old fashioned luck. In August 1949, they tested their first nuclear bomb, the RDS-1, a plutonium core bomb closely modeled after one used on Nagasaki four years prior.

Russian aircraft aeronautical engineers were able to reverse engineer three Boeing B-29 Superfortresses that forced landed at Vladivostok during the strategic bombing campaign against Japan. They developed the Tupolev Tu-4 “Bull,” a carbon copy of the Boeing four-engine, long-range heavy bomber. The Tu-4 became operational in 1949, giving the Soviets its first strategic bomber capability. 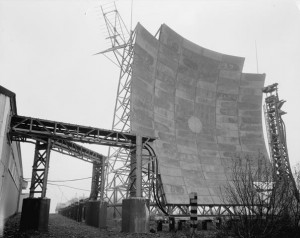 At the same time, the Soviets began developing forward bomber bases on the Chukotski Peninsula adjacent to Alaska. From those bases, the Tu-4 could deliver a nuclear bomb to targets in Alaska on round-trip flights and to West Coast targets on one way flights. Suddenly, Alaska was on the front line of the Cold War.

Elsewhere, the Cold War had rapidly heated up in a series of cascading events going back to the American and British 1918 intervention on the side of the White Russians, to the uneasy alliance of convenience during World War II, and the sour legacy of the Yalta and Potsdam Conferences.

Stalin announced in early 1946 that the western nations were now the primary threat and the Soviets moved to create a buffer zone of eastern European client nations. George Kennan sent his long telegraph from Moscow shortly afterwards, warning of the Soviet threat, and Churchill gave his famous “Iron Curtain” speech in March 1946. Truman announced his doctrine of containment the next year. The Berlin Airlift, 1948-1949, informed all that America would stand by its commitments.

American civilian and military leaders and thinkers of the time realized the U.S. could not match the Russians in conventional forces. Instead, it would have to greatly expand its nuclear forces as deterrence against Soviet aggression.

To pay for the force, American defense spending spiraled upwards from $14.2 billion in 1950 to $50.3 billion in 1953. The major share went to the newly-created United States Air Force with its offensive nuclear capabilities. By 1953, the Air Force possessed 760 long-range strategic bombers and 1,350 nuclear bombs. The Soviets possessed less than a dozen nuclear bombs and lagged the U.S. quantitatively and qualitatively in bombers.

Alaska benefited from the increase spending because of its strategic polar location that provided for forward basing of bombers and the countering the threat posed by the forward based Russian bombers on the Chukotski Peninsula. At the time, the only Russian bomber route to western United States targets was across Alaska.

Military spending pumped some $1.2 billion ($10.4 billion in today’s dollars) into military construction projects during the 1950s while contributing $350 million to the $500 million annual Alaska economy by the mid-1950s. Alaska’s civilian population climbed from 128,643 in 1950 to 226,165 in 1960. Historian and economist George Rogers noted that “without the influx of new population and prosperity brought in by the Military Alaska, it is doubtful that Alaska would today be a state.”

Construction money went to the building of two new bases and the expansion of others. Other funds went to the construction of a massive air defensive system to protect Alaska and the rest of America against a Soviet bomber attack.

Work began in 1950 on the air defense system, consisting of aircraft control and warning radar sites along coastal and interior Alaska to provide warning and direction to fighter interceptors on a 24/7 fifteen-minute air defense alert at forward operating bases. The Distant Early Warning Line, stretching from the Aleutians to Greenland, was later added as the Soviets developed long-range jet and turbo-prop bombers capable of flying over the Polar Regions to American targets. The system was tied together by a communications system of tropospheric scatter radio and microwave radio relay sites, commonly referred to as White Alice. The complex system provided “Top Cover for America,” a term developed by the Air Force to describe its mission.

By the mid-1950s there were over 150 Cold War installations in Alaska ranging from small communications sites to large bases, stretching from Point Barrow in the north to Ketchikan in the south, Tok in the east and Attu Island in the west.

Command and control for the Alaskan portion of the air defense system centered on Elmendorf AFB and to a lesser extent Ladd AFB near Fairbanks. The Commander-in-Chief, Alaskan Command (ALCOM), a three-star Air Force general, also served as the air defense commander. He exercised operational control over all air defense forces in Alaska, including the Nike Hercules batteries defending the major military bases and population centers in Alaska. Both Elmendorf and Eielson Air Force Bases also hosted forward-deployed Strategic Air Command bombers on nuclear alert.

The ALCOM commander also exercised operational control over Army and Navy forces in Alaska. The Army, during World War II, had established garrisons near all the large population centers in Alaska. Because of Cold War manpower constraints, it could only defend the Anchorage and Fairbanks areas. It did, however, have plans for deploying troops to rural areas in the event of a Soviet lodgment.

The military divided Alaska into two defense regions. The first was centered along the rail belt and included Kodiak. The second consisted of the western and northern rural areas. A National Defense Line separated the two. The military relied on Alaska National Guard Scouts located in urban villages and a ground observer corps to provide early warning. It also developed plans for a stay behind force, code named Washtub, modeled after the World War II partisan force where a cadre of trained locals organized and trained others in guerrilla warfare.

Initially, the Army air defense of the main bases consisted of World War II vintage anti-aircraft guns. The Soviet development of long-range jet and turbo prop bombers soon made them obsolete. In 1954, ALCOM developed a plan to replace guns with ground to surface guided missiles. The three Nike Hercules batteries defending Anchorage and the nearby bases became operational in 1959 followed by the five batteries in the Fairbanks area.

Technology continued its inevitable advance with the Soviet Union and the U.S. capitalizing on advances made by German rocket scientists during World War II. Both began developing intercontinental ballistic missiles.

Sputnik came as a shock in 1957. The Russians, in their search for an ICBM, had cobbled together a massive missile, the R-7, consisting of a central rocket with five smaller rockets strapped on providing enough lift for the large nuclear warheads available to them at the time. It also allowed the Soviets to place a satellite into orbit. The liquid- fueled missile took days to launch. That and its unreliable guidance system made the use of the R-7 as an ICBM problematic.

Despite U.S. political protestations of a missile gap, the U.S. was far ahead of the Soviet Union in ICBM development and the miniaturization of nuclear warheads. It placed its first missile, the Atlas, into operation in 1959. It took the Soviet Union until 1962 to field their first successful ICBMs, the R-9 and R-16.

The introduction of ICBMs relegated the bomber force to secondary importance. As a result, beginning in 1957, the Air Force began reducing its air defense forces. In Alaska it meant the closing of Ladd AFB, the deactivation of its two air divisions, reducing the number of aircraft control and warning sites from 23 to 13, the number of fighter interceptors from 200 to around 15 during the late 1950s and 1960s, and the closure of the Nike sites during the 1970s.

Humiliated by the 1962 Cuban Missile Crisis, the Soviets launched a program to achieve parity and surpass the U.S. in strategic nuclear strike capability. Both sides developed a triad system of ICBMs, submarine-launched missiles and bombers. America, distracted by Vietnam and social turmoil at home, began falling behind. Alaska became a military backwater, providing support to others that included serving as a refueling stop for air transports on the Great Circle Route to Southeast Asia.

The United States responded to Soviet nuclear advances with the doctrine of massive assured destruction, or MAD. It essentially informed the Soviets that the U.S. could survive a first strike through early warning and strike back. The U.S. calibrated its nuclear response through the Single Integrated Operational Plan which listed the targets and the types of warheads needed to destroy them. No one would be the winner and all would suffer nuclear devastation.

When President Reagan came to office, he vowed to end the possibility of nuclear war and embarked on a plan to expand and modernize the nuclear forces. Part of his plan included the Strategic Defense Initiative, or Star Wars, which would destroy incoming missiles, thereby rendering the Soviet nuclear missiles useless. Alaska played an important role that remains classified today.

Reagan’s efforts contributed to the collapse of the Soviet’s Communist centrally controlled economic system and the breakup of the Soviet Union in 1991. Today, we are experiencing a possible return of autocratic governance to Russian, which has a long history of dictatorial rule going back to the czars. The Russians are now engaged in an expansion and modernization of their military forces and Russian bombers have resumed flying off Alaska’s coast after a long absence following the end of the Cold War.