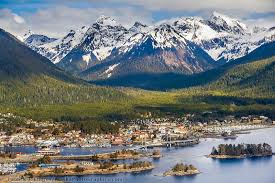 AHS is pleased to announce that the Sitka Historical Society and Museum will be our hosts for the 2020 conference in Sitka from Wednesday, October 14 through Saturday, October 17. Sitka’s annual Alaska Day Festival will be held on Sunday, October 18, so AHS members have the opportunity to stay to enjoy the event.

AHS Program Chair is Rachel Mason.  Conference theme expected to be determined by the end of February.  Suggestions of theme, possible keynote speaker, and session topics are welcome—they should be sent to members@alaskahistoricalsociety.org

Visit the Conference Website to find information about the 2020 conference, location, schedule, travel, and local accommodations.

NATIONAL ARCHIVES IN SEATTLE PROPOSED TO BE CLOSED

The Alaska Historical Society is sounding the alarm.  There is a proposal to close the Seattle National Archives and Records Center.  Please consider speaking up—every comment matters!

The Alaska Historical Society is recommending the National Archives continue to have a branch facility in the Pacific Northwest.

The Federal Public Buildings Reform Board, created by Congress in 2016 to identify and dispose of high-value Federal real estate, is recommending the sale of the building that houses the National Archives in Seattle.  The report, only submitted December 27, 2019, can be found at https://www.pbrb.gov/   The Office of Management and Budget is expected to approve or reject the recommendations by the end of January 2020.

For over 50 years the National Archives has operated the Seattle archives and records center.  The records from the National Archives center in Anchorage were moved there when it closed in 2014.  If the Seattle facility is closed, the closest NARA facility for Alaskans will be in San Francisco.  The report indicates the archival records at Seattle will be moved near Riverside, California, and the federal agency records will be moved to Kansas City, Missouri.  Alaska materials will not only be farther out of reach for researchers, students, attorneys, and government agencies, but the closure of the Seattle facility likely will delay the digitization of Alaska records promised by NARA when it closed the facility in Anchorage.

The Society is contacting Alaska’s Congressional delegation and those in Washington, Oregon and Idaho.  It is seeking to collaborate with their state historical societies to advocate for continuing to have a National Archives and Records Center in the Pacific Northwest.

It is vital that individuals comment to the Public Buildings Reform Board and to our elected representatives.

Comments on the recommendations can be made to the Public Buildings Reform Board by sending an email to fastainfo@pbrb.gov

Comments on the recommendations are encouraged to be sent to Senators Lisa Murkowski and Dan Sullivan and Representative Don Young.  They should be sent by email through their webpages: murkowski.senate.gov; sullivan.senate.gov; donyoung.house.gov

The Archivist of the United States, David S. Ferriero, also needs to hear there needs to be a National Archives and Records Center in the Pacific Northwest.  Comments can be sent to him at david.ferriero@nara.gov or through the webpage archives.gov

Please send your comments this week.  Thank you!

The Alaska Polar Regions Collection and Archives at UAF is hiring for an Assistant Archivist to work with our patrons directly in public services.

Have you ever been the person at a party talking about the cool 1905 photograph you found in a thrift store? Does the phrase “history immersion” excite you? Do you love people and helping them? Does creating order make you happy? If so, then you may be the perfect candidate for the Public Services Assistant Archivist position at the Alaska and Polar Regions Collections and Archives! The University of Alaska Fairbanks seeks engaging, team-oriented applicants for the position of Assistant Archivist.

More information is available at: https://careers.alaska.edu/en-us/job/514234/assistant-archivist

This is a great entry level position for someone interested in archives and special collections work. The posting closes on January 28th, 2020.

KTVA FRONTIERS PROGRAM — Dick Proenneke: At Home in the Wilderness 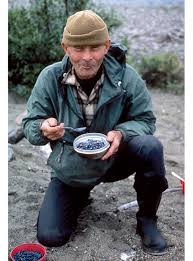 After two years of research and production, Rhonda McBride & Will Mader are pleased to announce completion of their film about Dick Proenneke, a self-educated naturalist who lived alone for nearly thirty years in the mountains of Alaska in a log cabin that he constructed by hand near the shore of Twin Lakes in what is now Lake Clark National Park and Preserve.

Rhonda says, “Will Mader and I have been working on this show, off and on, for more than two years — and have turned to many of you for help. We want to thank you for your patience and support.  We hope this show raises awareness about a great Alaskan, who is probably better known outside our state. Somehow, that just shouldn’t be. So here’s our attempt to change that.”

There are two versions of the program. The half hour show has these elements:

The one hour version of the show includes these additional elements:

-Friends and Neighbors: With help from the NPS and the Alaska Moving Image Preservation Association, a look at friendships Dick had with his nearest neighbors — Jay and Bella Hammond and the Alsworth Family.
-Wilderness Princess: Former NPS Ranger Patty Brown talks about her friendship with Dick, who she said made her feel like “royalty” and how she came to hop off a float plane, landing at Twin Lakes, in a black evening gown.
-Friends of Dick Proenneke and Lake Clark: Fred Hirschmann shares his memories of Dick and talks about the need to protect and preserve the Proenneke homestead.

Here’s how you can watch the KTVA Frontiers program, Dick Proenneke: At Home in the Wilderness:

ONLINE:  Sometimes KTVA streams its on air signal, so you might check online. We will post the full one-hour online version of the show on Sunday, December 22nd. It will also be live on Youtube. Just search KTVA Frontiers Episode 194.

For more about Dick Proenneke and his legacy, see “Reflections on a Man in his Wilderness” in the Spring 2017 edition of the National Parks and Conservation Association Magazine.

With the upcoming 100th anniversary of women earning the right to vote in the United States, it is interesting to note that on December 10, 1869, the Wyoming territory became the first in the nation to guarantee women unconditional suffrage including the right to vote, hold public office and serve on a jury – 50 years before the 19th Amendment allowed the same rights throughout the United States.