Every now and then a serendipitous event occurs that defies the laws of rationality. I think it’s the magnetic law of attraction. That is, the attraction of old Alaskan historical stuff. Maybe you’ll agree after you read this.
I wrote a book some years ago, Sailing the Mail in Alaska, about early Alaska photographer and mail clerk aboard the DORA, John E. Thwaites. I’m now working on a book about the famous little steamer DORA. Last year, Anjuli Graham, Katie Ringsmuth, Pat Roppel, and Toby Sullivan and I decided to work on a historical project documenting Alaska’s canneries. During the Christmas season I took a fun seasonal job at the Alaska Mill & Feed store, and met Pam who worked there. She had a sister, Judy,  in California. Judy has all the family letters and photos. About a week ago, Judy and I sat down in Pam’s home with some of the family’s memorabilia.
﻿

Of course, the photos were taken by John E. Thwaites.

Of course, her grandfather and great-uncle worked on the DORA.

Of course, she had a great photograph of the Shakan Cannery.
Her grandfather, Harold Painter, was the radio operator and Edwin Culbertson was the purser aboard the DORA in 1913. Later, Painter also worked as purser and became the mayor of Seward. He was active in ‘territorial affairs’. He ran for the house as a Democrat. Ed Culbertson went on to Anchorage where he purchased lots on the sale day in 1915. Harold later married Ed’s sister, Miriam.
One of the several exciting moments for me was when Judy pointed out both men in one of Thwaites’ iconic photos, captioned “On the cruiser DORA”. For years I had tried to find out who were these men grouped on the DORA’s deck. Another moment was reading an actual note penned by Thwaites to his friend Harold in which he says he is bringing up his wife Isabelle on the SS ALASKA. But high tide definitely arrived when Judy presented me with a copy of Harold’s daily diary from 1915, when he served as the DORA’s purser! Nearly a hundred years ago, he noted on February 5: “Arrived Scotch Cap, Sarichef, Akutan & Unalaska. Snowing Bad & wind blowing. Feel good.”
The slightly overexposed print of Shakan Cannery isn’t signed, but it is quite possibly another undiscovered Thwaites photograph. A little more research may identify it as a John Cobb photo who also took a lot of photographs of canneries and salteries that proliferated along the lush Southeast Alaska coasts. This cannery was owned by the Shakan Salmon Company. On April 3, 1916 Harold wrote to Miriam: “This is the Shakan Cannery where we unloaded 132,000 ft. of lumber. Stayed here 18 hours. Juneau is our next stop and also get rid of our dynamite. Stop at Nanaimo going south.”

Another documented brick in our wall of canneries! Thank you, Pam and Judy!

This summer, I travelled to Uyak Bay on the west side of Kodiak Island to visit some friends at their fish camp. This afforded me my first trip to the village of Larsen Bay, which is home to what is one of the oldest standing canneries on Kodiak Island. Currently owned by Icicle Seafoods, the Larsen Bay cannery was built by the Alaska Packers Association after the company moved all its packing activities from the Karluk Spit, in 1911. To me, a historian who has spent much time reading and writing about the history of the fisheries, this cannery is a beauty.  In a later post, I’ll provide more information about the incredible history of the place. But first, I’m hoping to wow you with some photos. 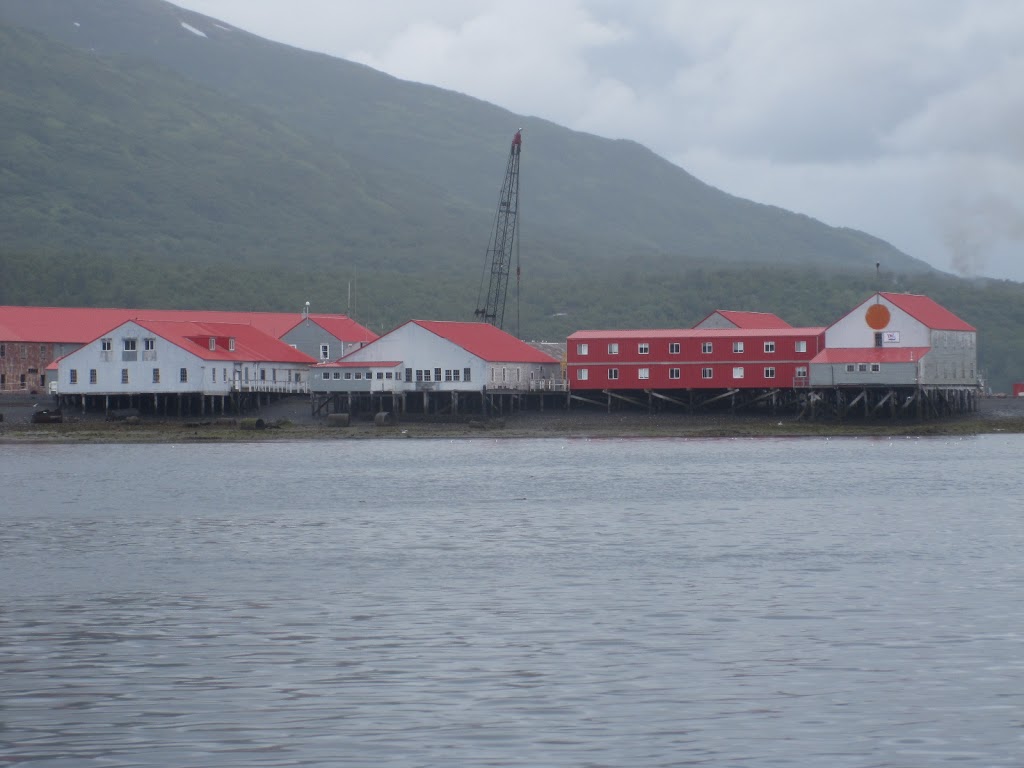 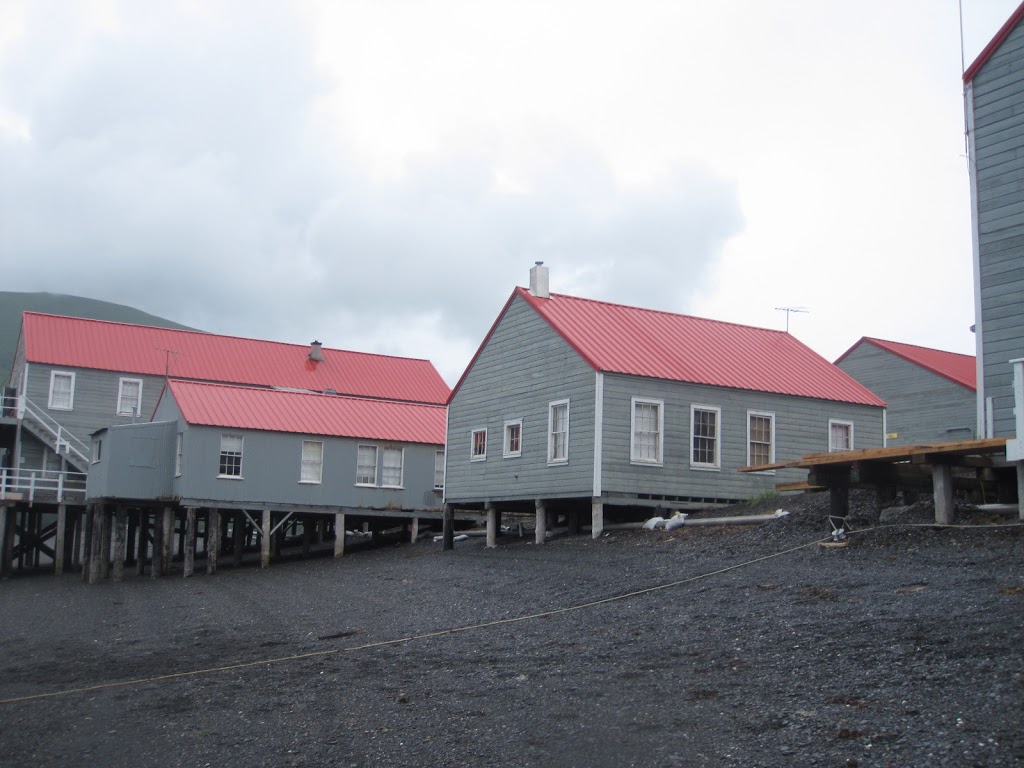 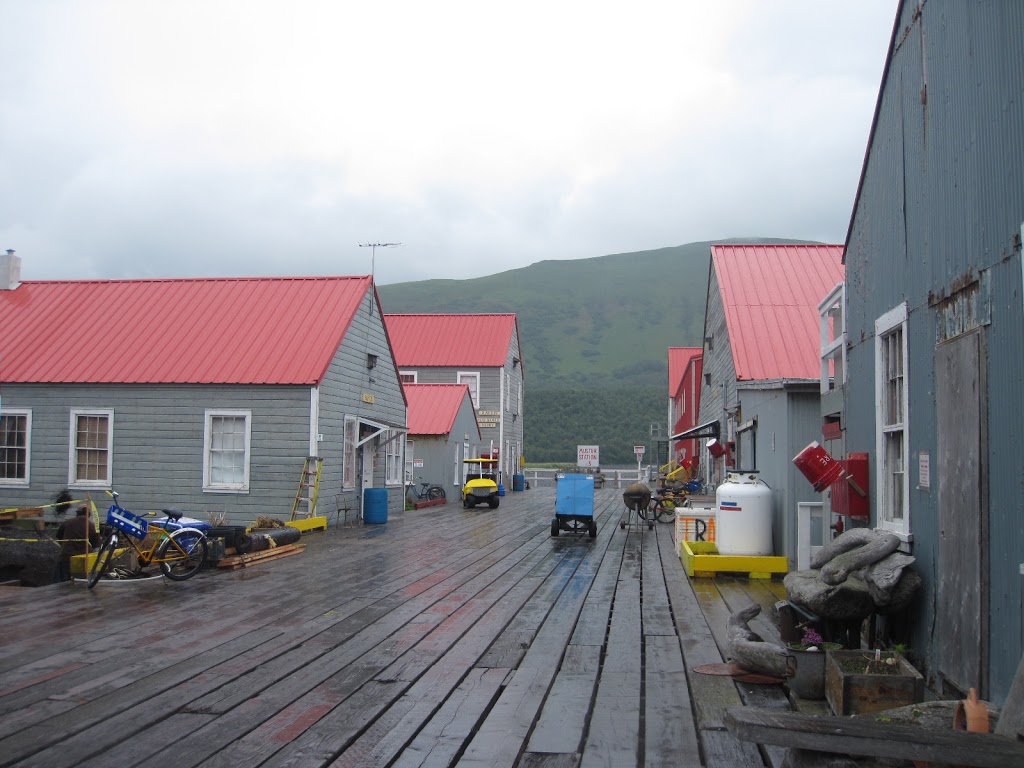 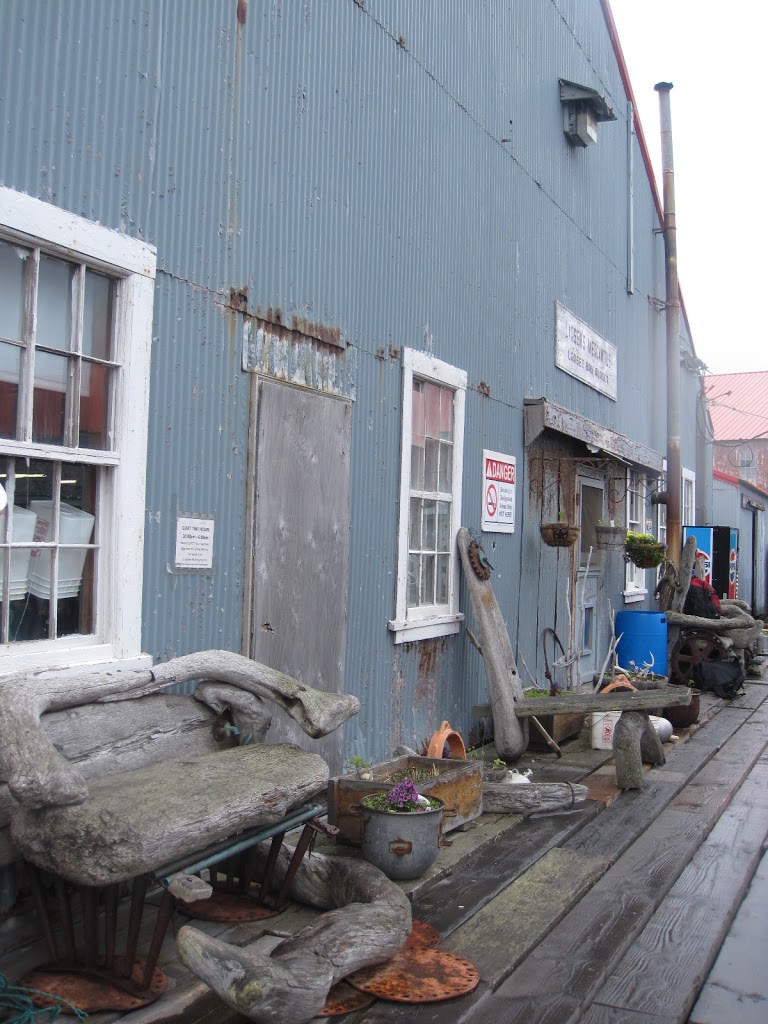 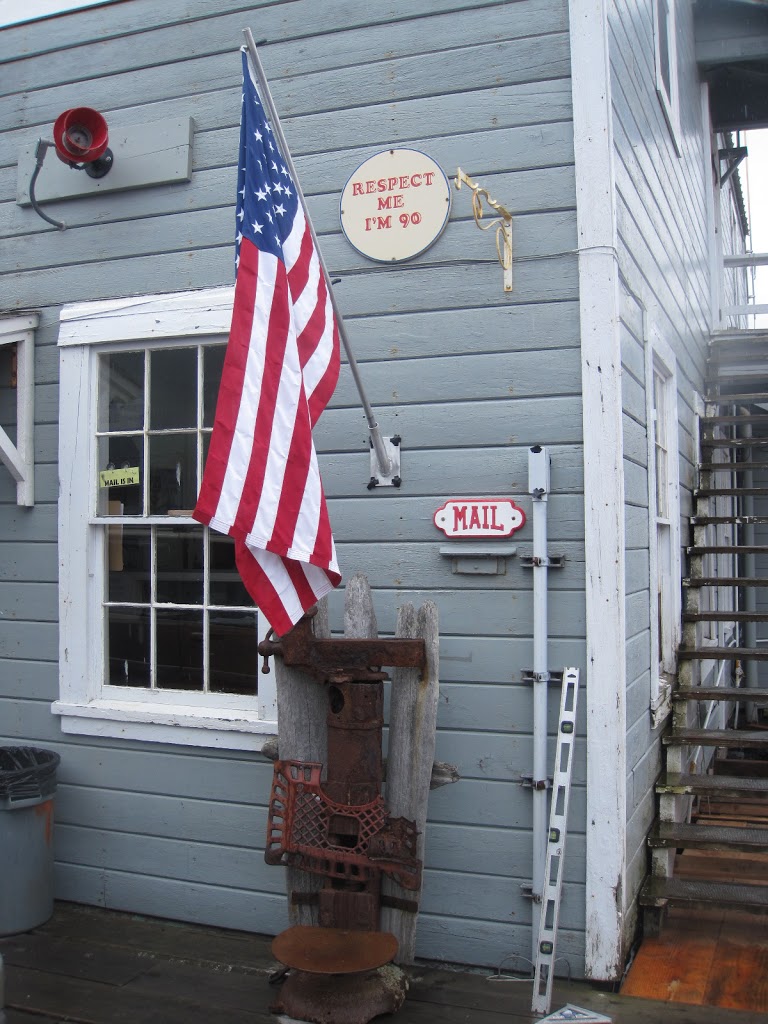 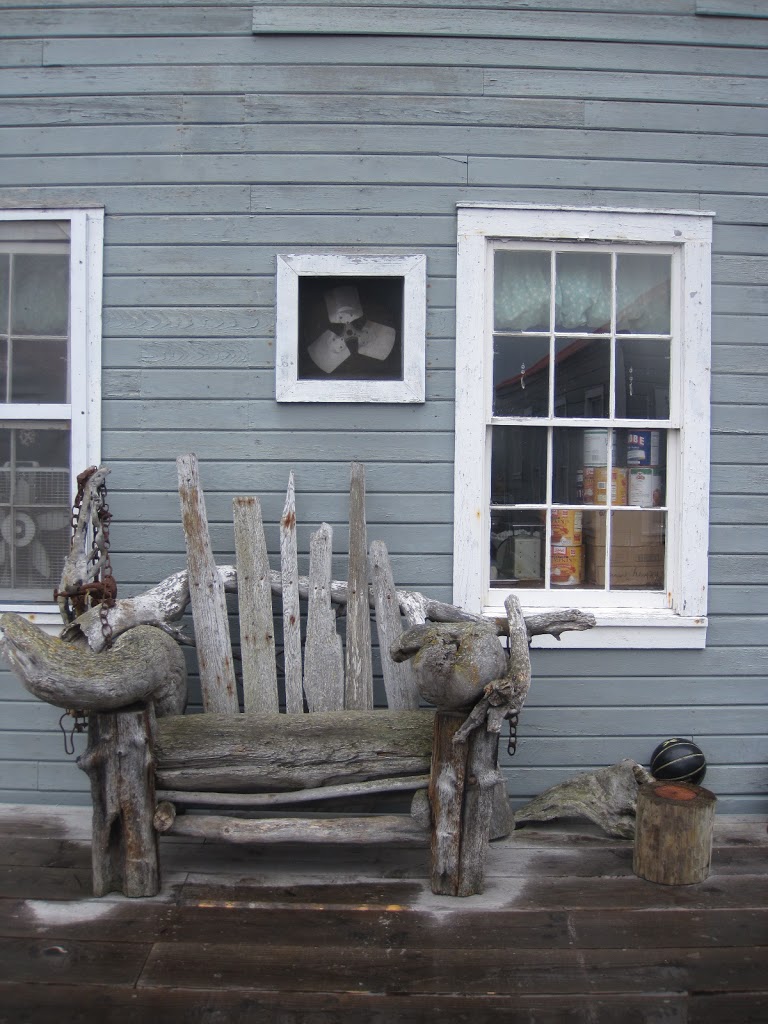 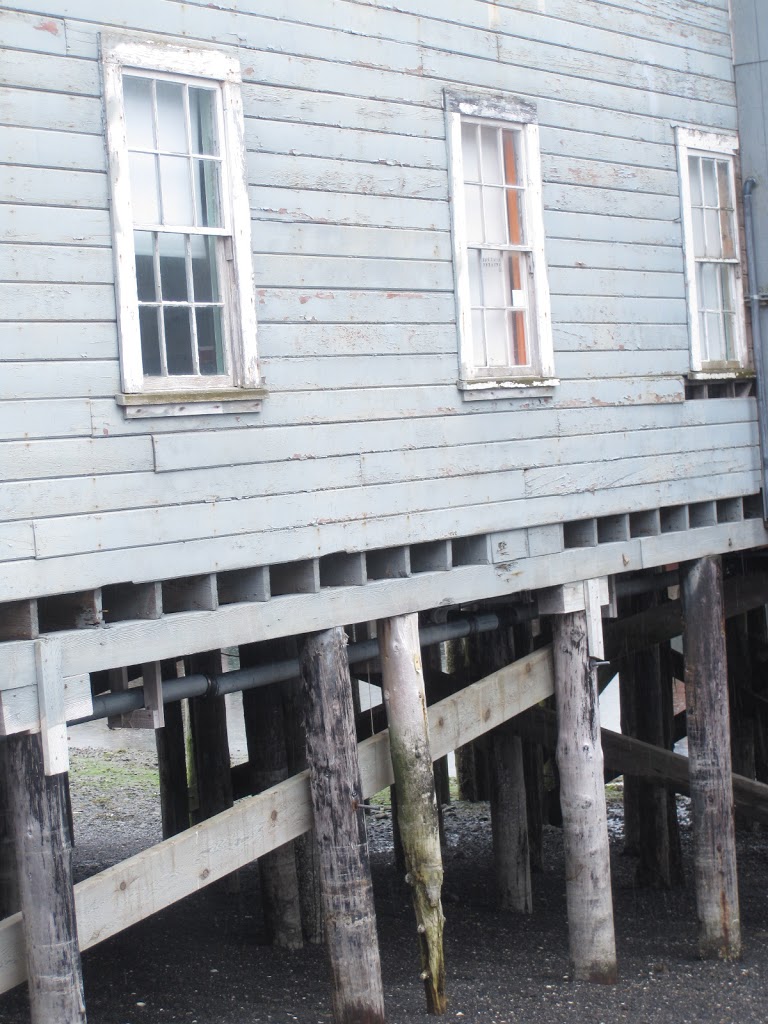 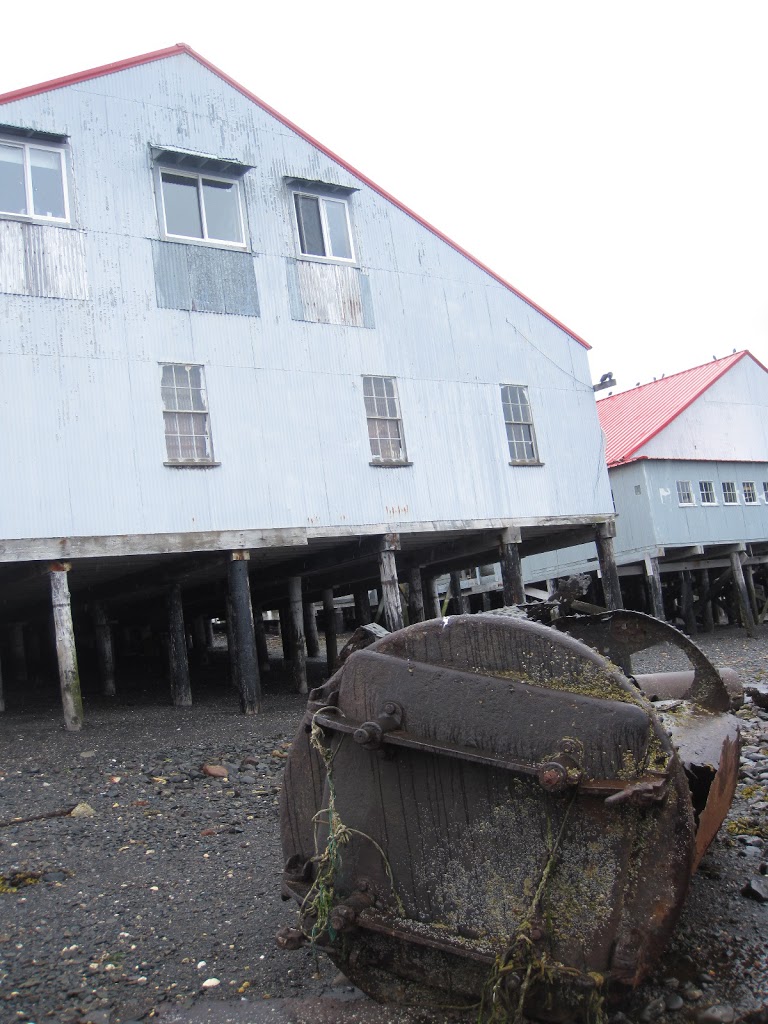 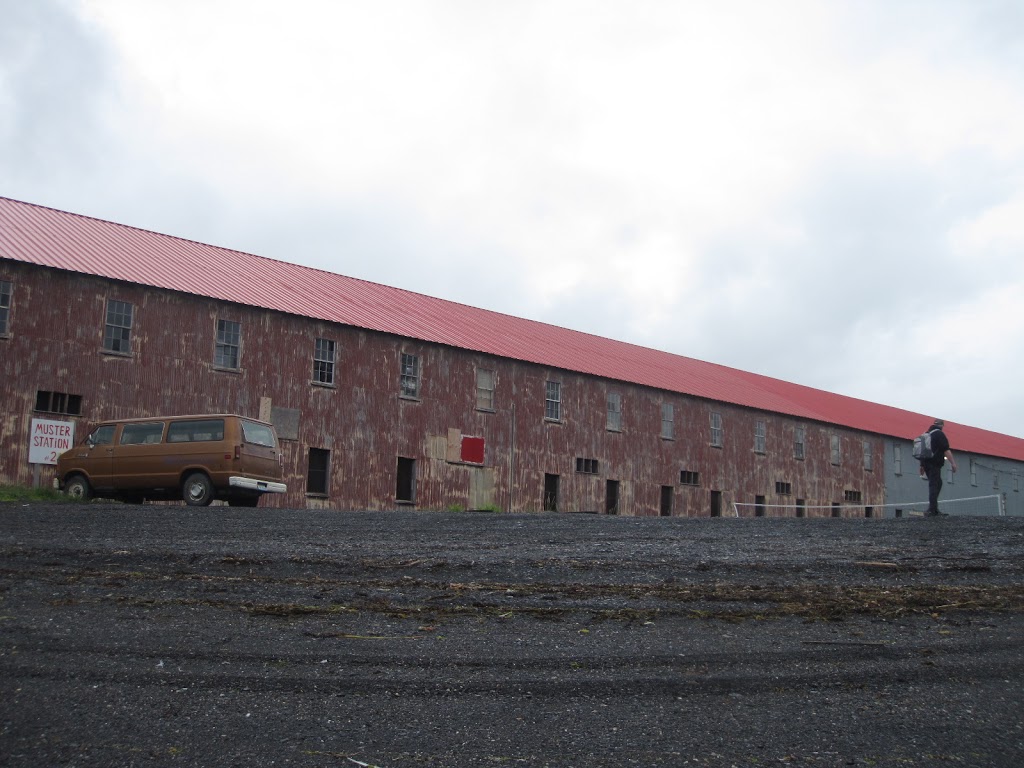 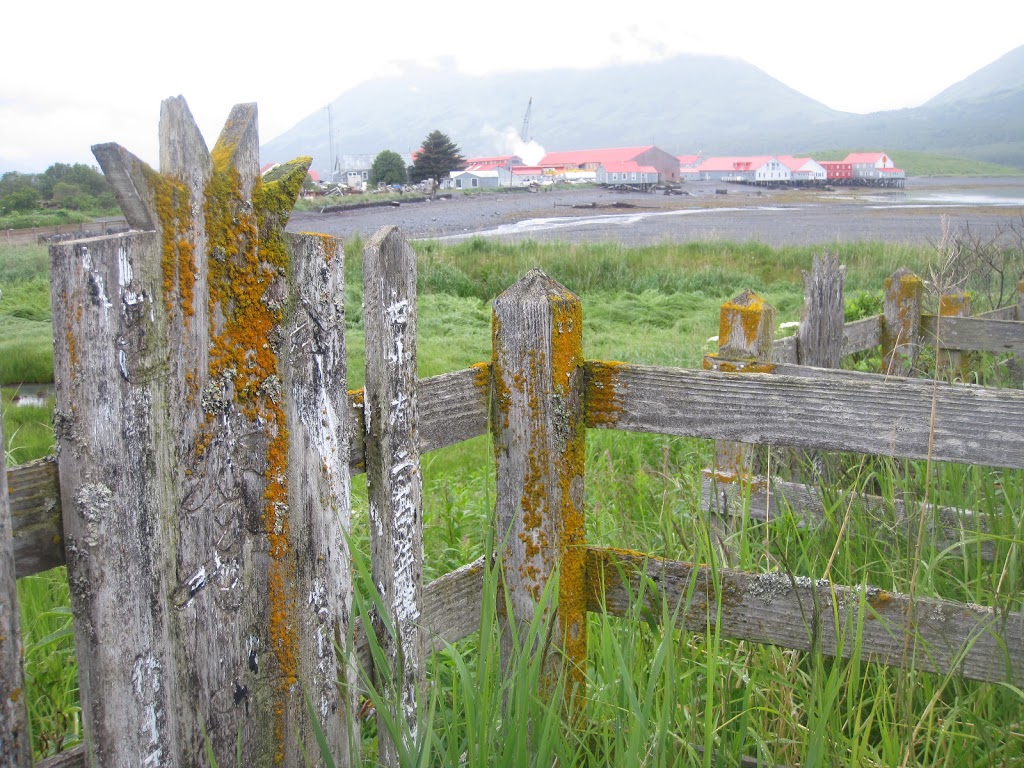