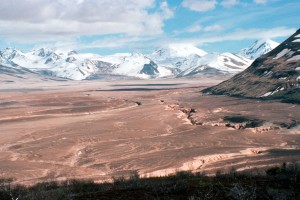 2012 marked the centennial anniversary of the volcanic eruption that formed the Valley of Ten Thousand Smokes and led to the establishment of Katmai National Park in 1918.  Today, “the Valley” is a natural treasure beloved by visitors worldwide. Below is information about this eruption that made history! 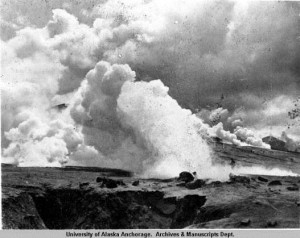 On June 6, 1912, the largest volcanic eruption of the 20th century blasted from an unknown geological formation called Novarupta, Latin for ‘new eruption,’  with such force that mountains collapsed, ash darkened summer skies, earthquakes rocked population centers, and were recorded as far as Washington D.C.  The eruption sent a tsunami of incandescent ash at temperatures of up to 2000 degrees Fahrenheit into the Ukak River valley, smothering a 40-square mile area, up to 700 feet deep.  As water beneath the hardening ashflow moved to the surface, discharges of steam escaped from the thousands of cracks and fissures, giving the once vibrant valley its new name – the Valley of Ten Thousand Smokes.

The cataclysmic event buried the villages of Old Savonoski, Katmai, and Douglas with ash and pumice.  Ash fell two feet deep on Kodiak, 115 miles away.  When Robert Griggs explored the volcanic region with the National Geographic Society from 1913-1919, the botanist considered the Valley of Ten Thousand Smokes a landscape “unparalleled anywhere in the world.”  Griggs’ descriptions of the Valley captured such national attention that it inspired the creation of Katmai National Monument in 1918. 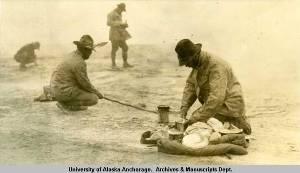 The volcanic region drew other explorers, too, including geologist Josiah Spurr, who provided the best description of the area before the 1912 eruption, and the charismatic Glacier Priest, Father Bernard Hubbard, who first visited the Valley in 1929 with his Santa Clara football players and beloved dog, Megeik, and during the summers of 1965 and 1966, the Valley served as a unique training ground for US astronauts preparing to land on the moon. 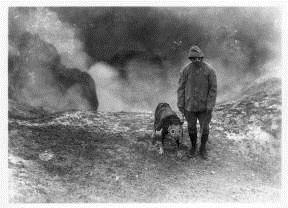 Alaska’s volcanoes continue to demand our attention – and our respect.  “Although we tend to think about volcanoes primarily while they are erupting,” explained University of Alaska Fairbanks volcanologist Stephen R. McNutt, “their products and images are

found in many places in both ancient and modern life.  A world without volcanoes would be a duller, less economically viable and certainly less interesting place.”

For more information about the Valley of Ten Thousand Smokes go to: 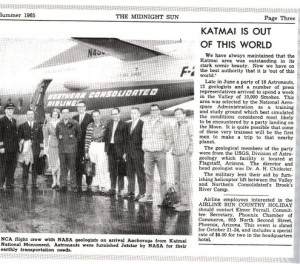